While serving my country, I learned to lead from the front, to take charge, and work hard. The Army has taught me how to manage people, time, and resources to accomplish my mission. These are the skills I put into action as I serve my community. 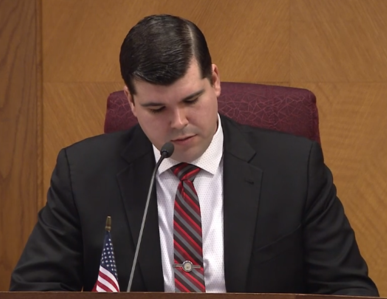 I believe that all public servants should act- personally and professionally- within the public's trust. My moral compass is well calibrated to the tenets of my ethos, among them: honor, intestinal fortitude, respect, and duty.

From working with grassroots organizations like CPHA, to ​​policy development with the Executive Office of the President at the White House, I have long been a strong community advocate, ensuring that the government responds to the people's will. Daily I manage a budget of more than $110 Million, ensuring a measure of fiscal prudency.

Jason began working in the HVAC trade in high school, and continued in the industry following graduation. In 2006, he joined the military. Jason deployed with the US Army to Iraq in support of Operation Iraqi Freedom in 2008/ 2009. Part of his duty included training the Iraqi Army on the sustainment of US utility equipment. He was awarded the Army Commendation Medal for his efforts.

After leaving active duty, Jason began working on his bachelor's. Missing the feeling of service the military provided, Jason found opportunities to serve his community by volunteering with organizations like  the Chesapeake Bay Foundation and the Citizens Planning and Housing Association.

Once he completed his BA in Government and Public Policy at the University of Baltimore, Jason continued to pursue a life of public service by working on veteran hiring policy at the Centers for Medicare and Medicaid Services. This led Jason to the White House where he advocated on behalf of the veteran and military family community; working with private partners and service organizations to ensure the needs of the veteran community were relayed to the Administration.  ​

Jason currently serves as a budget analyst with the federal government, for the Department of Veterans Affairs (VA). He and his wife, Tracy, fell in love with the city of Havre de Grace and felt blessed to have the opportunity to raise their young son, Colt, here.

As a Councilman, Jason is liaison to the Water and Sewer Commission, Havre de Grace Youth Commission, Economic Development Advisory Board (EDAB); is a member of the Planning Committee and Admin Committee, and chairs the Budget and Finance Committee. Jason is also the 2nd Vice Commander of the Joseph L. Davis American Legion Post 47, and a drilling Non-Commissioned Officer (NCO) with the US Army Reserves.